Teaching Drama & Speech to students ranging from primary to Teacher’s Associate level both in the school system (including T.E.E Drama Studies) and private practice (Including Trinity/Guildhall, A.M.E.B & Oracy Australia Examinations).

Overseas experience as an examiner at eisteddfods and festivals.

Past President and current Council Member of the Speech & Drama Teachers Association of W.A

Board Member of Oracy Australia Inc. Caitlin Quick has been a student at Expression Drama Studio since 2013. When she first began taking Speech & Drama classes, she struggled with acute anxiety, and did not talk in any public setting. However, through the support given to her by the studio and her fellow classmates, Caitlin grew in confidence, and went on to win multiple awards for the highly esteemed Perth Speech and Drama Festival. These awards include; the Year 9 Poetry award in 2014, the Year 10 Dramatic Monologue award in 2015, both the Year 11 Poetry and the Year 11 Dramatic Monologue awards in 2016, and the Goddard/Lawrence award for the Year 12 Blue- Ribbon Poetry event in 2017.

Caitlin also completed Trinity College of London Speech and Drama exams through Expression Drama Studio from 2014 to 2017. Of particular note, she achieved the highest mark in WA for her Grade 8 Speech and Drama exam in 2017. She completed Year 12 in the IB Diploma Programme at the International School of WA in 2018 and will be studying towards a double degree in Biomedical Engineering and Spanish at UWA.

Speech & Drama education has had a profound impact on Caitlin’s life, and she would like to pass its positive impacts on to the students. She is passionate about her work at Expression Drama Studio. She believes that all children have a unique voice and is excited to help them learn to express it. Maggie has taught Speech and Drama to elementary and secondary school students since 2016. She has experience teaching individual, paired and group lessons within the school system. Since 2016 Maggie has prepared students for Trinity Exams and annual showcase events and has volunteered as an assistant adjudicator.

Maggie is passionate about drama and teaching. She graduated high school the top of her drama class. She volunteers with Ignite Mentoring, planning and leading lessons which develop the confidence and resilience of high school students in lower socio economic areas and is a current council member of the Speech & Drama Teachers’ Association of W.A. 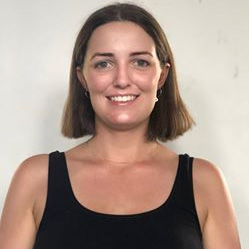 Alice has had a passion for speech and drama ever since can remember. From primary school plays and ORACY exams, all the way through 8 years of speech and drama study. She achieved her Associate diploma in Drama and Performance (teaching) through the AMEB in 2016, and is now studying for her Licentiate Diploma. Studying Speech and Drama has been a meaningful experience for Alice, giving her the power of confident and clear speech and a love of literature and the written word.

Alice has taught Speech and Drama to Primary and Secondary level students at St Hilda’s Anglican School for Girls as well as at the Lea Logie Academy of Performing Arts, preparing students for showcase performances and exams. Sharing the art of speech and the joy it brings is a passion for Alice as a teacher.

Alice is a current Council Member of the Speech and Drama Teachers Association of W.A.

As well as Speech and Drama, Alice is studying Marketing and Public Relations at the University of Notre Dame.